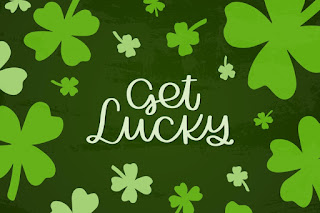 It's illogical perhaps, but I do think of myself as quite lucky. I find money on the street and bargains in the supermarket (yesterday:12 yellow roses for 49p). My DIY Income Investor portfolio isn't doing too badly either.

However, a more rational explanation is that certain behaviours might make you more 'lucky'. A sound bit of biblical advice (Matthew 7:7) is: "Ask, and it will be given to you; seek, and you will find; knock, and it will be opened to you". Conversely, do none of the above and moan about how 'unlucky' you are.

Well, I've benefited from another bit of luck - but I'm not so sure I'm going to be much better off.

As many experienced observers have noted before, the twists and turns of the stock market are for the most part unpredictable. This means that success (i.e. making money) - at least in the short term - is a lot down to luck.

It all started in the middle of October this year (2013) when I was casting around, looking for a new fixed-income investment. After much searching, the best I could come up with was Yorkshire Building Society 13.5% 2025 Convertible Tier 2 Capital Notes. It wasn't perfect - although it had a massive coupon (13.5%) the price was chunky too (with a premium of 39%) - meaning that it would be three years or so until I started making any money. But that was OK, taking the long view - those 13.5%'s would (I thought) add up over time.

Hmmm: what was that all about? Believe it or not, I do not spend my waking hours following my 40-odd investments. After a bit of poking around on the Internet I found the explanation: Yorkshire had launched a tender offer for this particular bit of its debt - a little pre-Christmas cheer, if you like.

So I'm potentially getting £1.50 for every £1.38 I spent two months previously. By my rough calculation that is a return of around 8.7% over two months. Now, this short-term interest rate adds up when you aggregate it to a full 12 months: in true Wonga pay-day-lending style that's an APR of around 50%.

Rationally, I should feel happy about that. After all, a pound today is worth a lot more than a pound in three years or more. However, I tend to think of it in a different way - a perpetual stream of income has been taken away.

There is a scene in Macbeth when the witches show Macbeth the ghosts of eight kings to come:  "What, will the line stretch out to th' crack of doom?" (The kicker is that, although he's killed the king to take the crown himself, the future royalty are not descended from him.) That's a bit like how I feel about all those lovely coupons that have disappeared - stretching out to the future but not mine any more.

So, take your pick: lucky or not?

I am not a financial adviser and the information provided does not constitute financial advice. You should always do your own research on top of what you learn here to ensure that it's right for your specific circumstances.
Posted by Sisyphus at 10:13