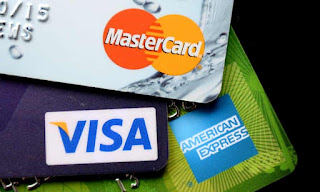 That's a big number. If you lined up all those Pound coins, it would stretch...well quite a long way.

The number is the total amount of British personal debt, according to the Centre for Social Justice (reported in the Independent) - an astonishing 'average' of £54,000 per household. And of course, that 'average' includes a lot of households (like mine) that have no debt (or no mortgage), so the 'average' of households in debt will be higher.
OK, most of it is mortgage debt - but that is still debt. And debt is effectively consumption before production: you are buying something that you haven't yet earned the money to pay for.

In fact, my household is in significant negative debt - and eliminating debt is one of the cornerstones of my style of investing.
It's not easy, though: it was a struggle. The formula I boil it down to is:

And that's income after tax! If you can't start generating savings, you are not going to go anywhere financially. I'm afraid that I believe that investing whilst still owing debts is building a house on sand. Of course, building a modest portfolio to help to understand better how the market works might arguably be a good thing, the priority should be dealing with the debt. Fortunately, I have always been fairly disciplined with money and so never built up any credit card or bank debts, although the bank balances were often modest.

The decision to take on a mortgage is probably the biggest financial decision you will take in your life. Some people say that you house is not an 'investment' but an expense item, because of the stream of costs that are involved in ownership: the almost constant trickle of maintenance, decoration and repair costs, insurance, council tax, utilities, etc. But I do think that home ownership represents a valid asset class for the individual investor. In my case (and for many others, I guess) the capital gains have been of the order of hundreds of percent, even discounting the costs - the best investment I have ever made. I draw the line at 'buy-to-let' which seems to me like a lot of work and risk - and provides no diversification of asset classes.

Renting is an option that many people are happy with. Whilst there is a lot to be said for owning your own place, if you can't afford it you could be signing up to a lifetime of financial frustration. So, do your sums - build a spreadsheet model of your expected costs and income over the next 20 years or so and see if buying makes sense.

Personally, I took out my first mortgage quite late in life on a modest house at a relatively low multiple of my salary. It was fine until the 'neighbours from hell' moved in. The prospect of starting a new family forced us to look seriously at moving and - more by luck than judgement - we ended up with an older house that had a lot of 'potential', as they say. It stretched the income multiple a bit more but we were even able to negotiate a price reduction.

From then the priority was to pay off the mortgage. This meant serious economies and strict discipline in spending. In a way this is probably easier to do with a mortgage than without, as you are surrounded by the asset that you have invested in and are paying for - it is a constant reminder of what it is all about.

This is when we experienced what I call the Money Snowball: as we paid down the first small instalments of the mortgage capital amount we discovered that our Financial Potential (see above, if you missed that bit) had increased. The next time we were able to pay off more and the process accelerated quite quickly until we were finally debt-free.

But the habits of a lifetime (so far) were not easy to shake off and we spent the next decade or so building up an increasing amount of negative debt: deferred expenditure, is another way to think of it. In fact we have become even better at living on less but still enjoying ourselves. Our latest 'game' is seeing who can find the best reductions on fresh (OK, nearly fresh) food. Our record so far is to actually be paid to take the food away from the shop (through a complicated combination of a price reduction and 'three for two' offers - thank you Waitrose). The annual search for insurance also becomes a 'game': Quidco seems to have been a winner lately (thank you Martin Lewis, the Moneysavingexpert).

So, it turns out, living with negative debt is a way of life. A way of life worth some effort to adopt.

Update: By the way, a great article and discussion on renting versus buying on the ever full-fat Monevator.


I am not a financial adviser and the information provided does not constitute financial advice. You should always do your own research on top of what you learn here to ensure that it's right for your specific circumstances.
Posted by Sisyphus at 13:06