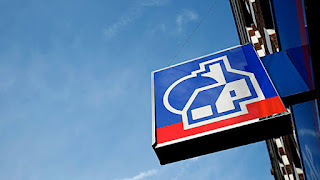 PIBS are Permanent Interest-Bearing Shares or special shares issued by building societies that pay a fixed rate of interest. They cannot (usually) be sold back to the society but can be bought and sold on the stock exchange, which means the price varies. PIBS from the demutualised building societies are known as perpetual sub-bonds (PSBs).

PIBs therefore are similar to a commercial bond, which is the component of Level 7 of the DIY Income Investor Income Pyramid.

What makes them attractive is the current high yield offered - partly as a result of some recent defaults.

This is Money publishes a weekly summary of rates of return offered by PIBS and PSBs. The returns at the end of March 2011 were generally in the range of 7-10%. One reason for their reasonably generous yield is that they are not protected by investor compensation schemes. So if you buy PIBS issued by a financial institution that suffers a run, like Northern Rock or Bradford & Bingley, you'll find yourself at the back of the queue when it comes to getting your money back. Other PIBS holders in building societies such as the Chelsea have seen their holdings converted to CoCos (contingent convertibles) with a 50 per cent loss in value.

However, the financial landscape is slowly returning to normal. In the past building societies have only defaulted on their PIBS when they have been in breach of regulatory capital requirements - and this is now unlikely to happen, given the Bank of England's renewed focus on financial stability.

Nationwide is by far the largest issuer of PIBS and these are rated BBB by ratings agency Standard & Poor’s (which is investment grade), priced at a gross yield of 6.74% to 7.89% (not counting the floating rate issue which is linked to Libor). This gives a rough benchmark for a fairly safe investment.

Yorkshire, Newcastle, Nottingham, Coventry, Leeds, Manchester and other building societies all have PIBS traded in the market (although these are not rated by S&P). Yields from other societies range from a similar 7.2% at Yorkshire building society, the second largest after Nationwide, to 9.2% at Leeds and 9.8% at Newcastle. Not all of the differential is down to relative strength and security – some reflects the different terms of the PIBS issues.

Something for the new ISA?

PIBS (like other bonds) can be put into an ISA if they are 'perpetual' or have 5 or more years to run to maturity. The relatively high rate of return makes PIBS a potentially juicy income play for my new ISA allowance in 2011/12 - watch this space!


I am not a financial adviser and the information provided does not constitute financial advice. You should always do your own research on top of what you learn here to ensure that it's right for your specific circumstances.
Posted by Sisyphus at 12:40