The Budget's 5 Most Important Changes for DIY Investors (UK) 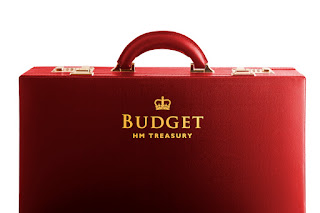 As a DIY Income Investor, one of my priorities is to avoid paying any kind of tax, as far as possible. Not that I don't want to contribute my fair share - but I really don't want to pay more than my share!  For that reason the annual Budget is always important, as it announces short-term changes to tax rules - but also indicates for the future where the Treasury's thinking on tax raising is going.

And this budget - in particular - has been a bit opaque; some of the 'small print' is only now emerging in discussions in the press (e.g. This is Money's article on how the Budget will affect families). So, apologies for coming back to slightly old news; but here are what I think are the 5 most important changes - and what these might mean for the future.
1) Income Tax personal allowance increased


As previously announced, the income tax personal allowance - the amount you can earn before tax applies - was raised by £1,000 to £7,475 (and increase of 15.4%) and future increases up to £10,000 were indicated. This is good news for basic-rate taxpayers and represents up to a £200 a year tax cut.


The higher personal allowances for those aged 65 and over rise from £9,490 to £9,940 and for the over-75s from £9,640 to £10,090 (both a 4.7% increase). But these start to be clawed back once an older person's income passes £24,000.
However, many people who are living on their savings and investments will be basic-rate taxpayers - so it is good news for current savers who will in the future be income-drawers.
The message here from the Treasury is - we are targeting higher-tax rate payers. As usual, you can (potentially) use pension contributions to avoid paying higher-rate income tax (also see below on how much you can now save into a pension).
2) ISA allowance raised

3) Capital Gains Tax allowance increased
Outside of an ISA, the allowance for tax-free capital gains rises from £10,100 to £10,600. For income investors this is not such an important tax benefits but it is useful for avoiding tax on increases to any stocks and shares that you might be holding outside an ISA.  This is a 4.9% increase, signalling that the Treasury are not opposed to this form of tax avoidance.
4) Inheritance tax nil-rate not increased
The maximum amount that you can leave your heirs tax-free remains at £325,000 (couples can effectively pool their allowances). This indicates to me that the Treasury is now targeting increasing revenue from this tax and that it will be worth looking for ways of avoiding inheritance tax in the future.
5) Maximum contributions into a pension scheme are capped
Pensions are a useful tool for managing your tax liability. For the first time the annual amount has been drastically reduced - to 'only' £50,000. This is down from £255,000 in the previous years. Although this won't affect many of us - it is an indication that the Treasury is looking to reduce the amount of tax avoidance available from pension schemes. By being capped at this level will - hopefully - not affect most DIY Income Investors.
I am not a financial advisor and the information provided does not constitute financial advice. You should always do your own research on top of what you learn here to ensure that it's right for your specific circumstances.
Posted by Sisyphus at 13:05