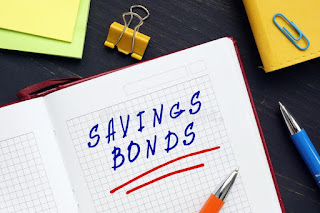 Savings bonds with a return linked to inflation may help to maintain the purchasing power of your savings. For UK savers, since the withdrawal of National Savings & Investments' index-linked certificates in July 2010, there have been few index-linked options (although the recent 2011 Budget announcement means that they will be back.

However, does the new inflation-linked bond from BM Savings fit the bill?

BM Savings has launched a new inflation-linked bond paying 1.5% plus the annual April measurement on the retail prices index (RPI) for 5 years. A shorter, three-year option is also available paying a slightly reduced 0.75% plus RPI annually.


The minimum deposit is £500 and interest is paid into a separate current or savings account on 1 June each year. Withdrawals are not permitted.
Is is a good idea?

That depends on your view of inflation.

The RPI index (which includes housing costs) has averaged around 2.8% since 2000. However, it rose to 5.3% in April 2010, dipped briefly at 4.5% in October 2010 and hit 5.5% in February 2011. Economists expect further increases in the coming months, although the Bank of England expects inflation to drop rapidly in early 2012 after hitting a peak in summer 2011. In fact, the Bank of England is going to have to take action soon on inflation - by increasing the base bank rate.


If RPI fell back to 3% in April 2012 (as seems likely), a non-taxpayer would receive (3+1.5) = 4.5%. Yet there are several savings accounts already offering 5% return fixed for 5 years.
So the answer seems to be that this is one to leave:
I am not a financial advisor and the information provided does not constitute financial advice. You should always do your own research on top of what you learn here to ensure that it's right for your specific circumstances.
Posted by Sisyphus at 16:19