When It's Time to Sell (Portfolio Sale) 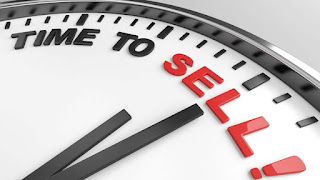 October 2015 has been quite volatile so far. The beginning of the month saw a rapid recovery in the value of the DIY Income Investor portfolio, but it was followed quickly by more jitters, Currently the portfolio is showing a 3.3% gain over the first three weeks of the month but it is still showing a slight loss on 2015 as a whole. It's probably mainly due to China.

But there has been an interesting development in the portfolio - resulting in a sale.

Targeting high-yield securities has its hazards. You need to check two main things:
The high yield is often due to a drop in price following a loss of confidence by the market. If you are not sure what the problem is, you should not buy it. 'Retail' investors - like us - are usually the last to find out the real underlying situation.

In addition, you want income while you are holding the security - while you are waiting for a recovery in the price. This is the essential consideration that separates the DIY Income Investor approach from straight 'value investing'.

Today's case-in-point is one where I nearly got it right, but UK political decisions sabotaged the investment.

I bought Infinis Energy (LSE:INFI) in June 2014. Although I have always been a bit skeptical about the financial viability of alternative energy sources, I have always tried to live in a reasonably 'sustainable' way. Infinis had - in addition to a nice yield - the attraction of being based around the capture of methane from rubbish sites - one of the cheapest sources of alternative energy. It was also developing on-shore wind power generation.

As I noted at the time: "Although the UK Government has made commitments on the future share of renewable energy, I doubt that these will actually be met, as the costs are likely to be too high - both financially and politically."

However, I reasoned that this company had essentially been floated with the intention of attracting a quick take-over offer from one of the larger energy companies, which would want to expand it's own 'alternative energy' portfolio.

I reviewed the situation in June 2015, concluding that the prospects for a take-over continued to appear good, although some commentators thought that the dividend was unsustainable.

Then came the new Conservative Government. Part of the painful - but necessary - cost-cutting was identified as subsidies to alternative energy. Although I don't think this directly affected landfill gas power generation, it did cast a dark shadow over the sector as a whole, particularly wind power. Naturally, the market lost interest and the share price of Infinis dropped. Any firm thinking of a take-over offer would have thought again.

The final act of this sad (for me) story was a sudden jump in the price of nearly 40%. The cause was a recommended acquisition offer from Monterey Capital. This is another 'Terra Firma' company - the company that had floated Infinis. Terra Firma say that recent regulatory changes mean that it will be easier to monetise the assets as a private company, which probably means breaking it up and selling off bits to different buyers.

Anyway, this offer provided an escape route at a capital loss of around 15%, a fair chunk of which would have been compensated for by the dividends already received.

It's a disappointing story but not a complete disaster. The moral might be summed up as: beware investments that are overly sensitive to government regulatory decisions.

I am not a financial adviser and the information provided does not constitute financial advice. You should always do your own research on top of what you learn here to ensure that it's right for your specific circumstances.
Posted by Sisyphus at 11:34