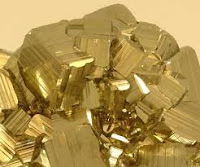 I wrote a little article recently on how to get some gold into the DIY Income Investor portfolio.
The conclusion was that the choice seemed to be between low-yield (or no-yield) ETFs or high-yield risky direct investments in miners. I've chosen the latter. Hopefully not fools' gold.
Centamin plc (LSE:CEY) is based around the Sukari gold mine in the Egyptian desert - plus exploration teams in Africa. The share price has fallen by half in six months over production issues, while strong gold prices have driven its cash profits up by half on 2019.
Because of these two factors - fall in share price and rise in gold price - the yield on Centamin looks attractive, at over 5%, although there is no real clarity on future dividends, other than they will be (according to the Centamin website) ' at least 30% of the Company’s net cash flow after sustaining capital costs and following the payment of Profit Share due to the Government of Egypt'.
On the plus side, Centamin is not burdened by debt - unusual for a miner. On the negative side, the main asset is in Egypt, where anything can happen. But hopefully the mine is seen by the local politicians as a golden goose that keeps on laying golden eggs.
Another positive sign (to me, at least) is the investment in solar energy, which makes a lot of sense for a very sunny location. It also indicates a certain level of optimism for the future. If the mine were on its last legs, I doubt whether they would bother.
The final plus is the possibility of a discovery of further reserves, either in Egypt or West Africa.
Investors Chronicle concludes it is a 'buy': "Centamin clearly needs another mine, given the regular production hiccups at Sukari. It says another discovery on the same site could be a possibility, while its holdings in West Africa have promise too. New geological team leadership is a sign the company is taking this seriously."
It feels a bit strange to write...but it's not the first gold mine I've invested in. I bought African Barrick Gold in April 2013 - but chickened out and sold with a small profit six months later. I can't find the stock ticker for that any more, so perhaps it was a wise decision to sell.
Caveat emptor!
[Purchase price: £1.19]
I am not a financial adviser and the information provided does not constitute financial advice. You should always do your own research on top of what you learn here to ensure that it's right for your specific circumstances.
Posted by Sisyphus at 11:06