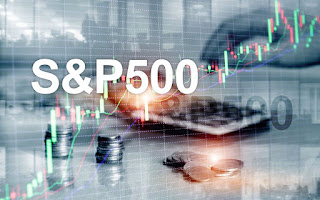 Or the FTSE 100. Or any other capital-weighted market index fund. Really, don't.

I'm not totally against completely passive investing and 'buying the market' but recent academic research on US stocks has shown that a capital-weighted index fund would probably be the worst index-based investment approach you could choose.

'Buying the market' by buying an index fund that replicates the market (such as S&P500 or the FTSE 350) is often put forward as a simple and effective way to beat most 'actively managed' funds. However, it turns out that it isn't that great (and active funds may be even worse performers that we thought before).

The conclusion of the Cass Business School study (which studied the 1,000 largest US stocks every year from 1968 to the end of 2011, comparing and contrasting the performance of a set of alternative indexing approaches) is brutal:

"We find that all of the alternative indices considered in this paper would have produced a better risk-adjusted performance than could have been achieved by having a passive exposure to a Market-capitalisation weighted index. Our research shows that it is not so much that these alternative indices are well designed, indeed, in many cases a random choice of constituent weights would often have produced a superior performance than that generated by the alternative indexing techniques. Instead, the most important result of this paper is that since the late 1990s the market-capitalisation weighted index has proved to be a relatively unsuccessful investment strategy."

I won't bore you with the details of how they came to this conclusion - in principle they crossed a roomful of monkeys with Monte Carlo analysis.

The paper offers a number of market index-based approaches that have worked better.  The only one that this monkey-man could get his head around was an equal-weighted market index approach, which returned $9,000 versus $5,000 for the capital-weighted index approach. (One example of this kind of ETF is db S&P500 equal-weight ETF.) But there are other, apparently better strategies (if you can actually sit down, read the paper and understand the gobblegook).

And what could explain this unexpected state of affairs? The study give a possible explanation:

"Overall, our results indicate that the performance differences between the Market-cap index and the alternative indices is a function of a bias towards small cap stocks and to a lesser degree to stocks with high book-to-market values."

A further thought raised by the paper related to actively managed funds. Given that they perform poorly compared with a capitalisation-based market index fund, then almost any other index-based approach would be even better. Makes you think, huh? Do the men in suits deserve their employment packages?


Update 5/5/13: For a thoughtful counter-argument mapping US risk and reward, see Rick Ferri.


I am not a financial adviser and the information provided does not constitute financial advice. You should always do your own research on top of what you learn here to ensure that it's right for your specific circumstances.
Posted by Sisyphus at 19:02