How Reliable Are Dividends? (UK) 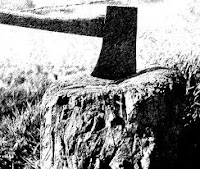 Dividends form a major source of income for the DIY Income Investor portfolio - representing Level 6 of the Income Pyramid. But they are only part of the strategy: although they often provide high yields, they are not always reliable. Companies have total discretion over whether or not they pay dividends as well as the level of the dividend.

So how reliable are dividends?

Of course, it depends - and the criteria the DIY Income Investor uses to select dividend shares should help to select the companies that are more reliable dividend payers. But you can't always be certain - BP is a case in point. Compared to their obligations in paying fixed-income debt, such as corporate bonds or preference shares, dividends are quite vulnerable.

The latest Capita Registrar's Dividend Monitor Report (dated January 2012) has some interesting numbers on dividend payments for the FTSE shares. The headline is:

So, excluding payouts that remain the same (I guess), these numbers would suggest that the chance of your FTSE dividend share being cut (rather than increased) over the last two years was something like one-quarter to one-fifth! But that statistic is not quite right.

These are the more detailed figures for 2011:

Dividends are important. As the report notes:The latest Barclays Equity Gilt Study shows that £100 invested at the end of World War II would have been worth just £5,721 at the end of 2008 in nominal terms. Reinvest the gross dividends and the same £100 would have grown to £92,460.


We buy dividend-paying shares, principally for the income; their capital value does not usually increase significantly. However, crudely speaking, the risk of buying a dividend share of a company that commits the cardinal sin of freezing, cutting or ('gasp') cancelling their dividend is running at around 15%.

Does that seem high to you?

I am not a financial advisor and the information provided does not constitute financial advice. You should always do your own research on top of what you learn here to ensure that it's right for your specific circumstances.
Posted by Sisyphus at 09:24